Mirror mirror on the wall

This project is a reflection on how technology, when embodied in the form of a daily objects, can take a dark turn...

Internet of things is a segment that has been growing wide and large in the recent years. These devices has access to our daily private choices and information like the duration we sleep, the time we wake up, the type of coffee we like, surveillance record through camera, our preferences etc. IoT devices like Amazon Echo has the capability to remain an enchanted object and learn our behavior, our choices, our preferences our everything. The most dangerous fact is that all these IoT devices are also connected to the internet through WiFi without any serious encryption of data. All the private information is available for hacking and could be used against the good of humanity. Where is the limit for privacy being open out there? How do we control the security of information these devices has acquired? What could happen if the information is breached?

Black Mirror is a short movie which tells a story about the dark side of Internet of Things.

In the near future, every family would have a smart mirror. They can interact with us through audio detection technology call tell us any basic information we need everyday as it is connected to the internet and most importantly, it can read our gestures and co relate it to our emotion at any point of time. It used advanced machine learning to understand the user behavioral pattern.

The danger is when the information that the mirror has is available to others to understand/predict the behavior of the user. The mirror is hacked by the crime control forces to predict criminal mentalities/behavior so that the crime can be stopped even before it has happened. Also the Mirror used artificial intelligence to comply more to the crime control's order rather than protecting the owner who owns it.

We brainstormed on regular day to day objects that could be enchanted to become an IoT device. The following were the initial ideas:-

The  Smart Mirror, the smart car, smart toy and smart chair were considered further where we analysed the dark side of these IoT Devices. Individual Scenarios were discussed and the finally the Smart Mirror was chosen based on novelty of the idea.

The process was initiated by breaking down the story into scenes and listing down the happenings in each scene. The characters were decided and the other props in the scene analysed as we were going through them. Each scene was then detailed out with script dialogues.

Then as a team, we decided on the location to shoot and started recording using an iPhone 6. Yes this movie was completely made with an iPhone.

IoT devices and the information associated with these devices is not regulated by any kind of rules. Many of the devices has very poor data encryption and hence could be hacked anytime through network. It is a really dark scenario as we think more about it. It calls for responsible thinking and ideating during this course where we are meant to develop IoT devices. 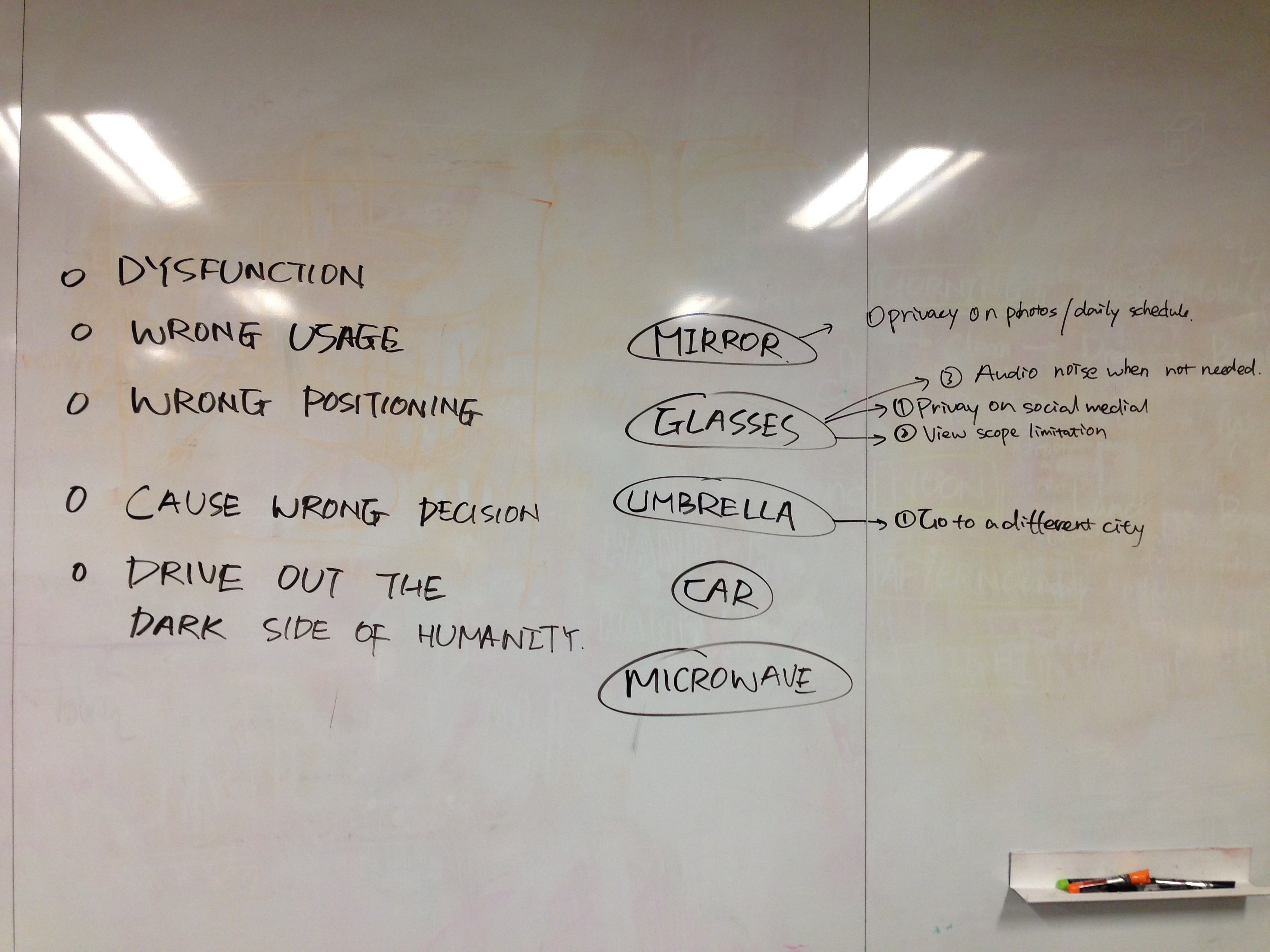 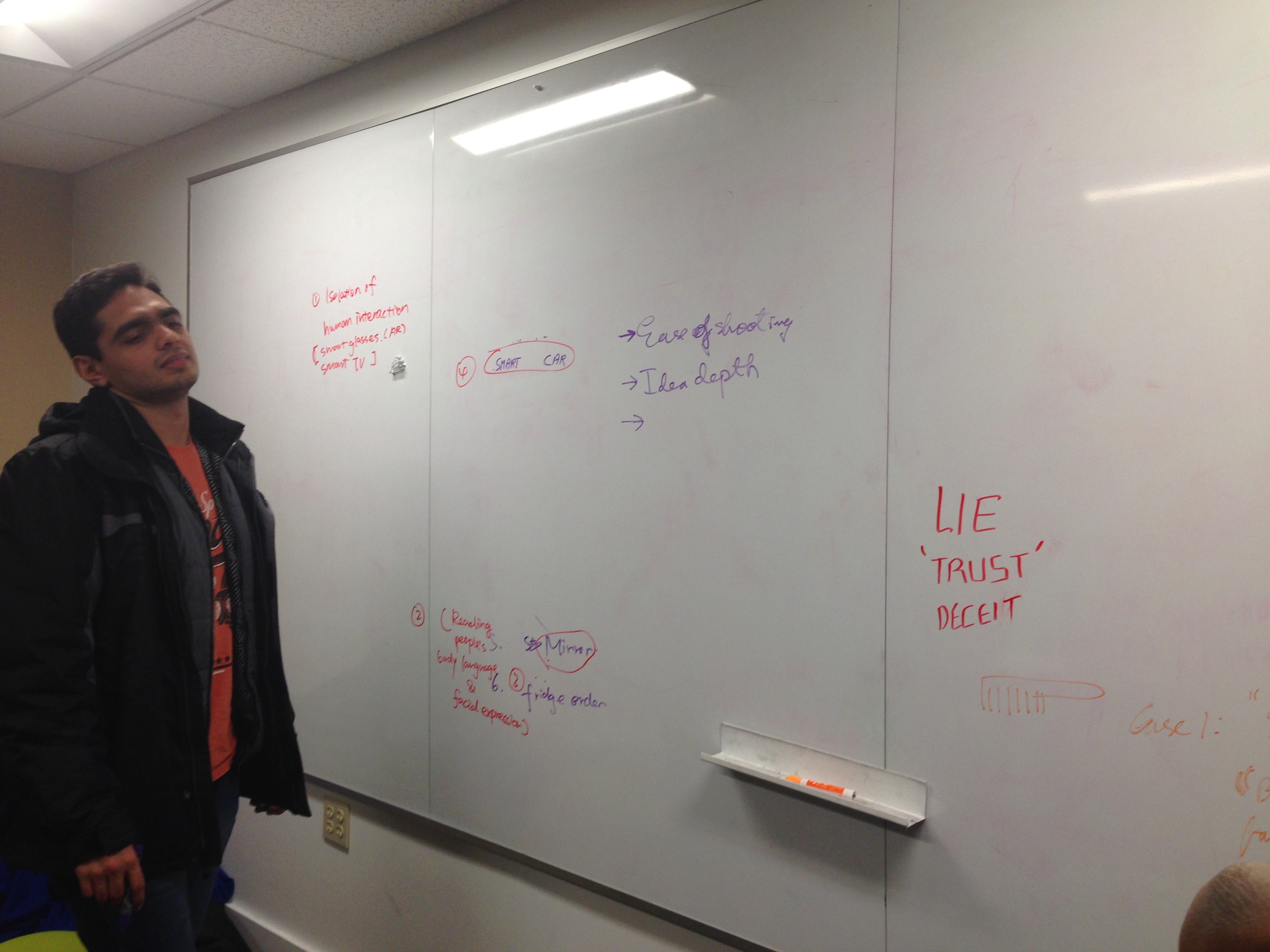 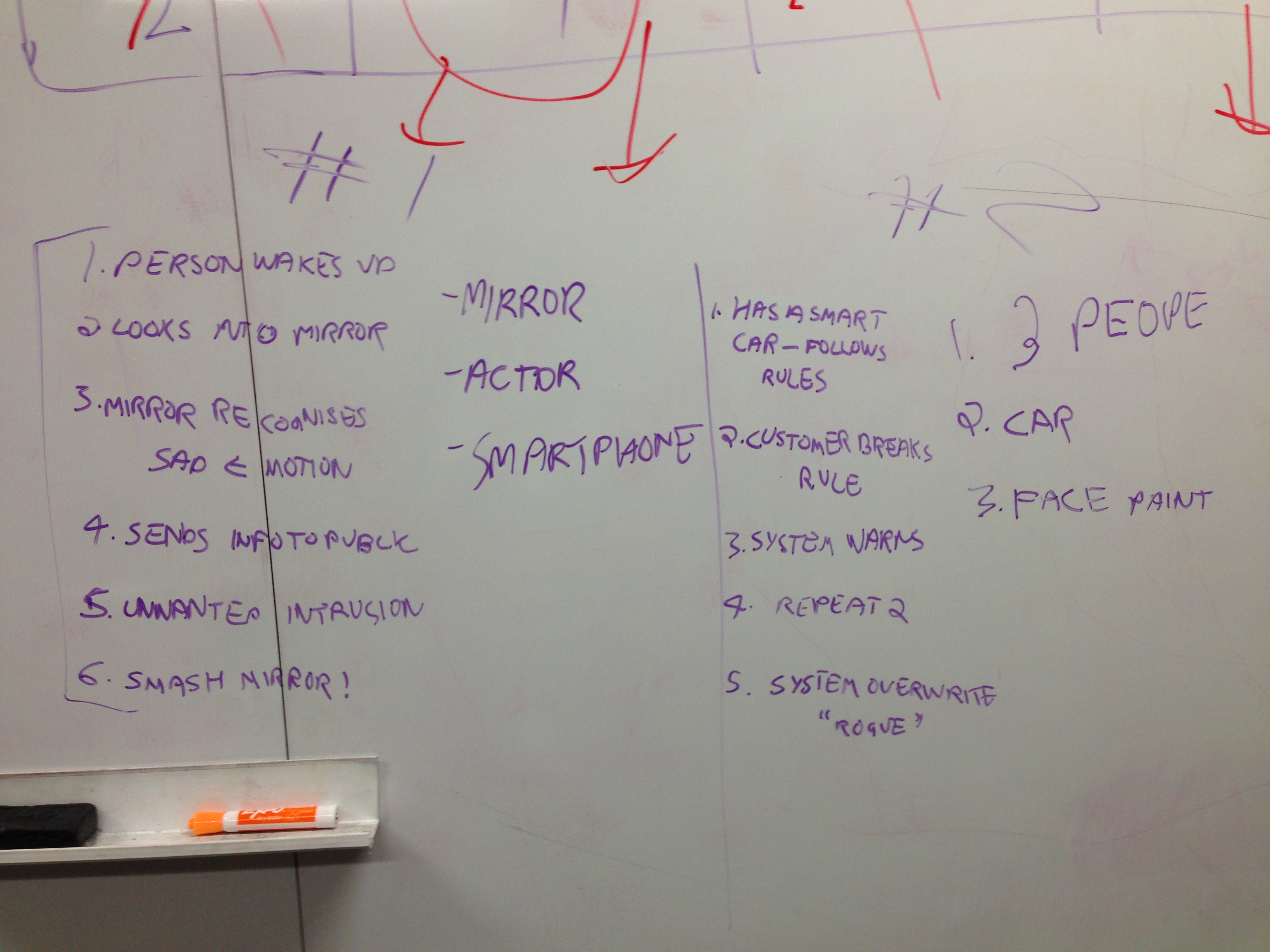 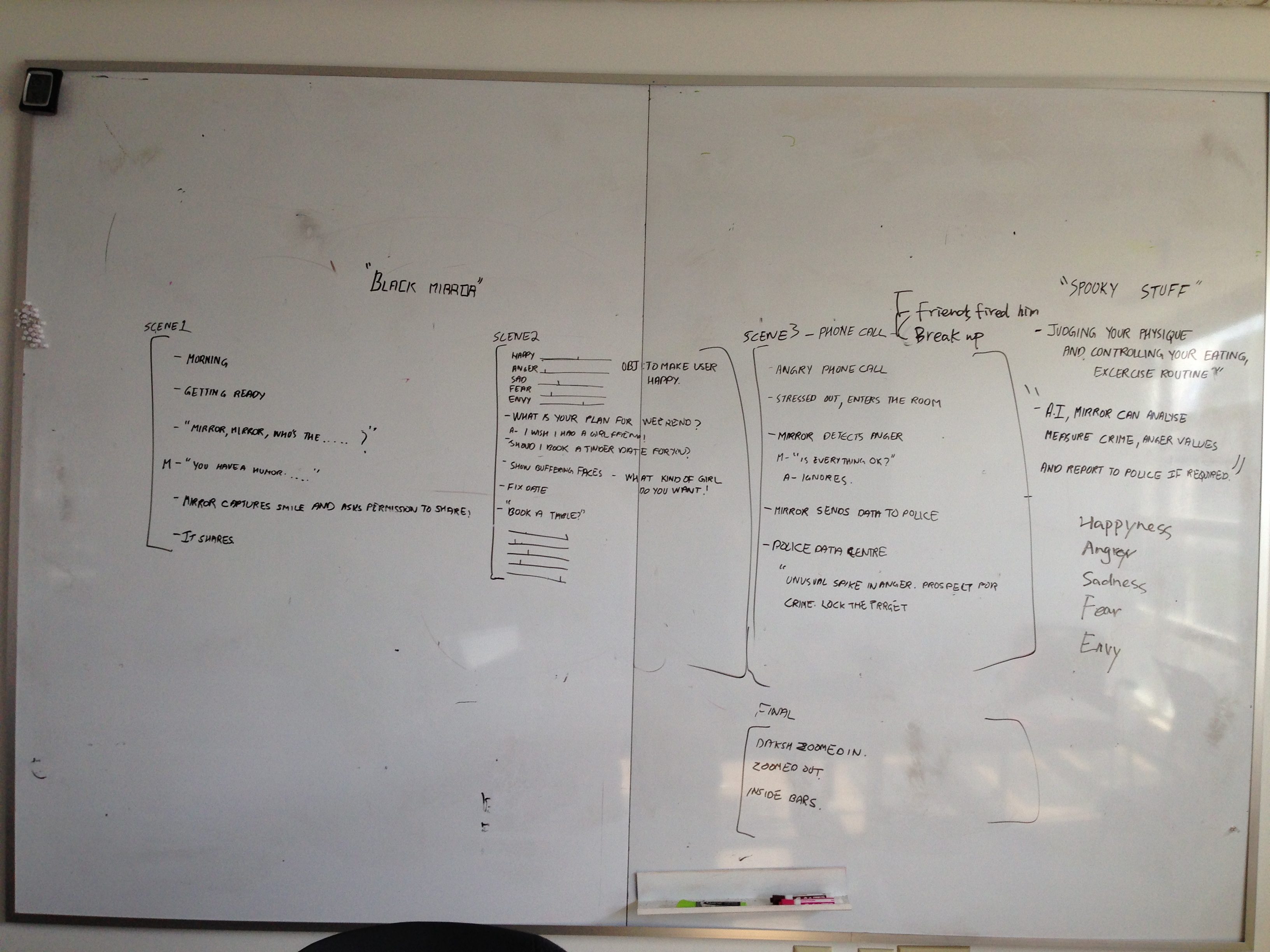 This project is a reflection on how technology, when embodied in the form of a daily objects, can take a dark turn...